There’s a few reasons why your friends and family don’t want you to succeed. So be careful who you tell your biggest dreams to. A small word from the wrong person can kill your drive. Tell someone who doesn’t approve, and it can leave you feeling less than optimistic about a certain direction. Keep telling them, and you can totally go off the idea.

You Are The Average Of Your 10 Closest Friends

So surround yourself with the people you would like to become like. If it’s wealth you want, hang around wealthy people. If you want to become fitter, find people who exercise instead of going to the pub. Want to learn a new skill, immerse yourself in among people who are learning and practicing that skill.

But, we confide in those closest to us because we trust them. It’s not that they are untrustworthy, just that they don’t want to see you get hurt, ‘when you fail’ ! Some don’t want you to do better than them, either. There is a subtle competitive side to everyone, and they don’t want their closest circle outdoing them. Much of their view may be down to their own limited view of what is possible for them, what they can be bothered to do, or their self image. But should you succeed, it will also undermine the efforts in their lives and in their words of ‘wisdom’ in your ear. 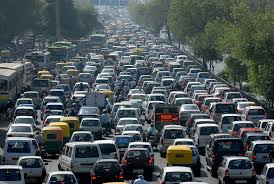 It’s also a herd mentality. The herd doesn’t want you going off, doing your own thing and changing things. After all, ‘this is they way it’s always been done’. People like safety. They like to put everything in a nice neat box with a label on it, including you. When you want to change this, they try and put you back. It’s safer for them, and doesn’t challenge their viewpoint. The scariest thing for people is to face the possibility that their journey could have been different if they made some different life choices themselves. Your changing alerts them to this fact. It scares people. It may be an unconscious thing but the subtle way in which people undermine your efforts is down to them not wanting to change themselves, your relationship, or the status quo.

Should your income change, and you become more successful, from a competitive viewpoint, they are instantly less successful by comparison.

Ask The Experts Not The Novice

It’s funny how everyone has an opinion. We assume our closest friends and family can help in all situations, but they really can’t. The next time you ask someone for their advice check they are already succeeding first. Many a person has handed out advice about something which they know nothing about. Some people simply can’t admit when they don’t know something. They must appear to be all-knowing, about every facet of reality. Or else they think they would appear foolish and ignorant.

Even those ‘in the know’ will have their own jaded viewpoint of what is possible and what is not, and happily pass that on to you. For every person who has ‘made it’ in a particular business, there are many who have failed. Don’t ask the ones who have failed for career advice. Find the successful ones who are already where you want to be. 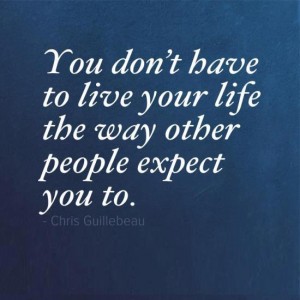 No one really knows what interest you have in taking a certain direction or course of action. You probably know more than someone who you might you ask for advice. They might not know all the angles. When I was in my 20’s I heard about a stuntman who had worked on the James Bond films. I decided that was pretty cool so went to meet him and asked about how I could do the same.

When I told people about becoming a stuntman I was given a lot of advice! A lot of people seemed to know much more than me about it! I heard things like only ex racing car drivers tended to be stuntmen, or that they were brought up around the film industries by other stunt professionals. Many ‘theories’ I heard about who became stunt performers. They were all reasons explaining why I couldn’t do it and how stuntmen became stuntmen by various circumstances out of my remit.

Here’s my stunt website. I joined the British Equity Stunt Register in 2002 after training for 3-4 years in various sports, and working as a TV Extra.

People have a vested interest in you not succeeding at something. After all, they have spent their whole life doing things in a certain way. What makes you think you can do something which they couldn’t? Perhaps your new direction is a threat to their self image, or their idea of success too.

Vested Interest and An Internet Business 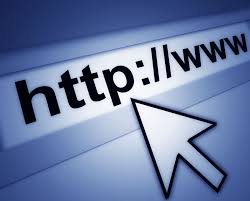 If someone has spent their whole life working hard in a particular direction, and you suggest you can make money online, how do you think they will react? They have a vested interest in their life’s work. If someone can earn money from selling digital products online, it might turn their whole world view around. Particularly if you suggest the idea of working less and earning more.

People have a vested interest in what they have been doing for a long time. It becomes their self image.  Should their model be threatened, they may think have wasted their whole life. This could be a major blow to their self image. It’s easier to draw doubt to your business idea than to rethink their own. After all, questioning your own motives is hard. Making a change of direction is challenging. Maintaining a consistent world view is important to most people. Any challenge to this is considered by the subconscious mind as a threat. Therefore, your ideas are eliminated before they gain traction and take shape!

If someone has a vested interest in playing a controlling or dominant part your relationship, they also wouldn’t want you to grow and improve because it will change that relationship. They will no longer be the ‘wise’ authority they once were in your eyes. You may even surpass them and become more knowledgeable, thereby threatening their self image.

Remember You Are Unique – Just Like Everyone Else In The World! 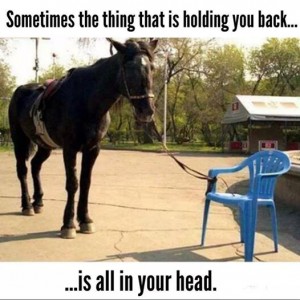 You may be attracted to something which gives you personal satisfaction, a sense of purpose and a chance to make a change in your life or increase your prospects. People might feel threatened by this for several reasons. However, they aren’t you! You know your personal preferences, needs and desires better than anyone. Often you are a fit for something that many people don’t understand, or would never do themselves. Sometimes it takes a little breaking away from people who don’t want the same things as you, who see life differently, or who want to maintain the status quo. If you truly want change, be prepared to move away from people who insist on their idea of who you are.

Why Your Friends And Family Don’t Want You To Succeed

Not everyone will undermine your dreams, but many people will, and not just friends and family. So if you’re letting people affect your ability and desire to move your life towards some of your goals and dreams, hold your cards closer to your chest. Don’t share your deepest dreams unless someone has the same goals. Take regular steps towards your goals on a daily basis. Do things which take you closer to your dreams and only talk about them to those who want the same.

Don’t get me wrong, many friends and family members will only want what is best for you, including success. Sometimes it’s just that they are not always the best people to inform and inspire you. If someone close to you is undermining you, or you feel your energy is subtly lowered after your conversations, spend less time with them and seek out someone who will inspire and help you instead.

Can you think or other reasons why someone wouldn’t want success for you? Please comment below if you have any thoughts. You can also pick up a free copy of my my e-book Niche Blogging For Profit, and learn how to build your own internet based business.