I have previously subscribed to several online memberships sites, but never have I met anyone from those online courses. There is real community here and a sense of being part of something. The first meeting was organised by the person who sponsored me into this business, a guy called Oliver Mallory. I admit I was at first slightly sceptical and envisioned myself turning up to an empty warehouse! Low and behold though there were people there! 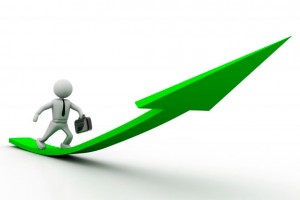 On my second meeting I met Stuart and Jay and there were even more people there! Even people who had traveled from Australia to London for the event. I spoke to people who had been in this business for over 8 years and their entire income was from this company. This gave me a lot of confidence in the six figure mentors and having met Stuart and Jay and seen that they were ‘real’ was further evidence that this was a real opportunity.

I first found the mentors with an advert on Facebook and it was a video of Stuart Ross. Straight away I thought this guy was authentic, as I had seen many other sales pitches on the internet, there was definitely something different about Stuart. I subscribed and purchased the basic app for $30 and received immediately access to a huge amount of information. I had emails welcoming me, access to the back office and a tonne of information to absorb. This is part of Stuarts ethos of over delivering which he does so well. With an online business trust is probably the most precious commodity since everyone is trying to sell on the internet. Stuart recommends over delivering rather than going for the hard sell.

This tactic certainly worked for me and I was amazed what $30 had bought! It was worth far more. I did upgrade my membership to full member and then to Elite membership.

Part of the attraction to joining the Six Figure Mentors is being able to sell their high ticket affiliate products, and the Elite level membership allows you to do this. There are further levels which become effectively a franchise business. The further up you go, the more you can earn per sale. However the Elite level is the lowest entry level where you can benefit from making 40% commission on a $1000 product. To earn 40% on a $20,000 product you must buy in at a ‘franchise’ level. At this level though, you can earn $8000 in a day by selling a ‘black’ level product!

Since joining I have learned a lot and the six figure mentors do genuinely want people to succeed. The information within their course is transformational and Stuart Lichtman’s book is particularly interesting. One thing which is stressed is self development throughout the course and this has helped me immensely. Removing internal barriers to success is vital to succeed in this business. Our programming often negates the posibilites which lie before us. We have a ‘take’ on what is possible which holds us where we are in life. The material in this program teaches us to aim high and let go of self sabotaging behaviors by becoming aware of our self talk, limited beliefs and daily habits.

I would definitely recommend this course for anyone who wants to become a better marketer, set themselves free of a job or start a new career. It does take work however and you need to be committed to putting the hours in to learn the material and then implement it. If you’re just looking to ‘dip your toe in’ then Id say it’s probably not for you. There are various forms of marketing and if you have the money, paid advertising will give you the fastest results. Cheaper forms of advertising (like article marketing) will take longer to generate results from.

To learn more about the six figure mentors start here and access their free video course.