The Law of Financial Success PDF – By Edward E Beals was first published in 1907 so is now in the public domain. You can read this book online in the version below which has been provided by the internet archive (click the image), contributed by the University Of California Libraries, or download the manuscript in pdf form here. The Law Of Financial Success by Edward Beals should not to be confused with Napoleon Hill’s The Law Of Success which was published later in 1925. Hill’s most famous work is Think and Grow Rich which was published later in 1937. 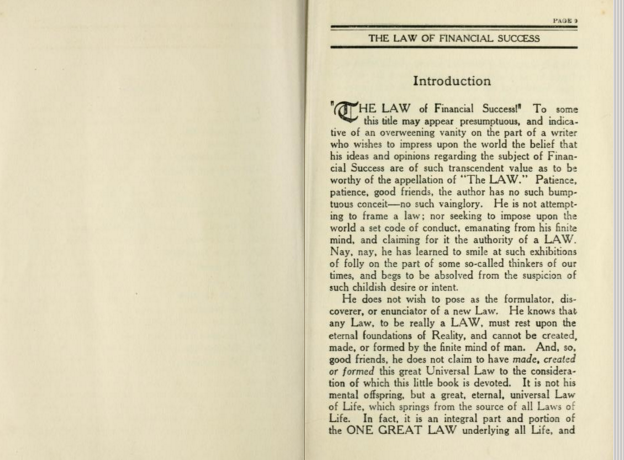 The Law Of Financial Success PDF

Napoleon Hill even writes in Think and Grow Rich “The secret was brought to my attention by Andrew Carnegie, more than half a century ago”. According to Wikipedia, Hill started working on his book “The Law Of Success” in 1928. But Edward E Beals was first published in 1907, much earlier. Despite this, (or maybe because of it!),  there are some amazing similarities between the two books. Both have chapters on:

Beals starts The Law Of Financial Success in his introduction that states that the “Law” is no different than any other law. It isn’t by struggle or haste that people become financially successful but by discovering the “ 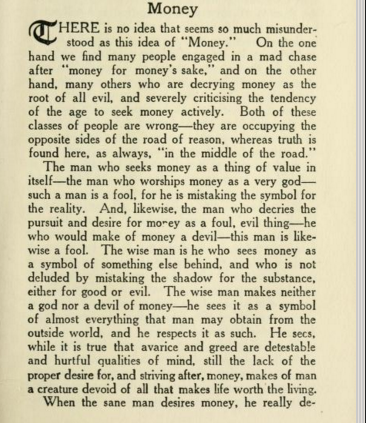 Beals starts his book on the subject of money and makes the distinction between those who adore money to such an extent that they worship it alone, above everything else; and those who decry the idea of money as the very Devil himself!

He states that both views are wrong, and suggests a middle path. The idea that money is evil, or that poverty is somehow more celestial is a lie. It keeps you shackled and limited. Money is our birth right and until money becomes obsolete in our world we should truly desire it and go after it without hesitation or mental reservation, seeing money as a plant sees light and water.

“The prevailing mental attitude is the pattern upon which the brain cells build”. If you can but grasp this truth, you will have the key to success in your hands”. “You attract to you the things you expect, think about and hold in your mental attitude” – Edward Beals

Beals goes on to suggest that most people don’t go far enough in ridding themselves of their negative habits and thought patterns and that we all have the ability to re-create ourselves and “kill off” undesirable traits and habits of our personalities, for greater gains.

In Napoleon Hill’s Think and Grow Rich, a similar sentiment is shared in the chapter on

“Through the dominating thoughts which one permits to remain in the conscious mind, (whether these thoughts be negative or positive is immaterial), the principle of autosuggestion voluntarily reaches the subconscious mind and influences it with these thoughts.” ..”Nature has so built man that he has absolute control over the material which reaches his subconscious mind. ” – Napoleon Hill 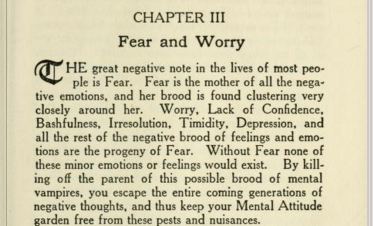 The Law Of Financial Success PDF

You can download The Law Of Financial Success PDF here. Beals goes on to describe in detail, how other elements of our thinking, habits, unconscious thinking, beliefs and faith all affect our ability to draw towards us that which we truly desire.

Should we have a faltering aspect of our mind, in some form, it is bound to draw the physical equivalent towards us in some way. He also outlines how our thoughts affect others who could offer us various opportunities, and that if we hold doubt and uncertainty in our minds about ourselves, sooner or later, someone else will pick up on these and agree with you about who you think you are.

The Law And Opportunity – Since You’re Here 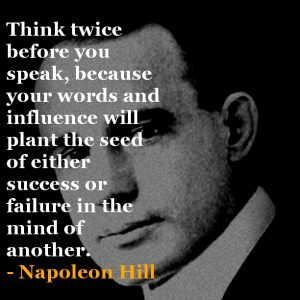 Access the same video series which led me to this opportunity.