Have you been getting signs your boss wants you to quit? You know the ones, the passive agresssive signs which hide some inner problem which will never be talked about. It could be your boss is worried you are after their job, you’re somehow ‘upstaging’ your boss or there’s some workplace connection which makes them feel vulnerable. Perhaps you’re genuinely bad at your job or there’s just some personality conflict. Maybe you want to leave?  See: I want to quit my job but I neeed money.

Maybe there’s no real reason to fire you. Doing so would potentially be illegal and you could sue for unlawful dismissal. It’s much easier if you just quit. So your boss goes about making your life as miserable as he/she possibly can. They mount up your desk with unneccesary jobs, they overlook you for important career boosting prospects and they rarely look you in the eye any more.

It could be you once got on. But perhaps some event or office chat changed things. Maybe someone else is out to get you and is using the boss to do it. 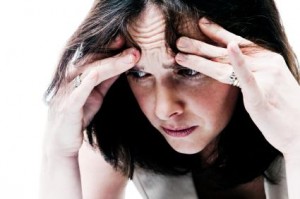 These could be just signs that your boss is a total @~@hole. They aren’t necessarily signs your boss wants you to quit. Maybe he/she is having a bad day, has problems at home, or just doesn’t have the time for office ‘nicities’.

The signs your boss wants you to quit might be subtle too. This can be the case if you have seen a change in your bosses demeanor towards you. Think about what might have changed. Have you done something worng? Did you say something.

I was working for a boss who didn’t want me to quit, he just wanted me to work longer hours and devote my life to the company. He didn’t like me taking time away to do other work and resented the fact I wasn’t totally reliant on the job for my income. Your boss might not want you to quit, they might just want you to work like they do! After all people like people who are like them! If you don’t have the same devotion to your work as your boss (which is very likely since they are the boss not you), you probably don’t share their enthusiasm for it. Perhaps you even have some escape plans to get out at some stage. 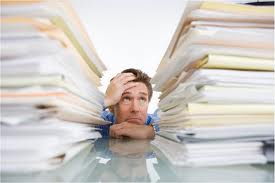 The boss usually doesn’t have any escape plans at all. They are usually the boss because they have put their heart and soul into this one career. Unless they see the same kind of dedication, they might slightly resent you for a ‘happy go lucky’ attitude and less stress and responsibility than (they think) they have to carry!

This might bring with it some resentment, even if your boss really doesn’t want you to quit. I quit a job after being  being told everything would be getting harder! More responsibility, tighter deadlines and less ‘free reign’. Fancy that? Not really! I wanted the opposite of that! I was already fed up. My boss didn’t want me to leave. He just wanted more control over me and for me to be in his pocket and at his beck and call!

Signs Your Boss Wants You To Quit – Passive Agressive 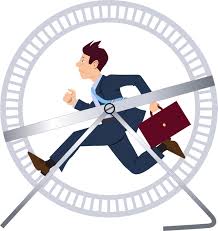 When your boss starts getting passive agressive and their behaviour changes towards you, it could be a sign they want you to go. A good boss won’t do this. They will talk to you about any problems and explain any shortcomings and what their expectations are. But if your boss is starting to ‘bite’ at you and make passive aggressive, or simply aggressive remarks, then it’s a goo sign they have a problem with you of some kind. Unless you can resolve what the problem is, you can bet that it’s you!

One of my first jobs was washing pots in a restaurant. At one point the chef decided he didn’t like me anymore and told me in no uncertain terms who carried more weight around the place! Funny really I didn’t realise I was competing! I was washing pots – the lowest position in the kitchen! He wasn’t the boss but made my job so miserable I left shortly afterwards. Chef’s aren’t known for their calm personalities in most cases!

I’ve worked in many places where there has been a co-worker conflict of some kind. Whether it was the boss or not it can make your life miserable. Unless you confront the situation, you are left dealing with it day after day. This can make life intolerable. Eventually, you can’t take it anymore and you leave. This was a pattern for me in my earlier years. I expected things to be different but unfortunately that’s just how life is sometimes. Sometimes the signs that your boss wants you to quit are only small conflicts and personality differences.

Sometimes someone just gets on your back and won’t stop unless you stand up to them in some way. This can be difficult in work situations especially when they are your employer. Look at the recent Hollywood revelations about actors and actresses being sexually harassed. It’s not easy to stand up to people who are abusing their position of power. The alternative is to just leave the job, which means you need to find another one.