Ok so I made up the statistic in the headline – but it makes for a more catchy title! 🙂

Today I am on day 7 of the 30 day challenge and Stuart’s video is a much needed reminder to take a break from the phone, laptop or computer on a regular basis. The 30 day challenge is a blogging challenge set up by Stuart Ross as part of his and Jay Kubassek’s mentorship group. Join their bootcamp video series here. 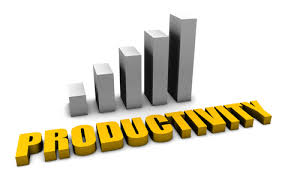 My usual mode of operation is to juggle a few jobs around and get some blogging done when I feel like it or am feeling the pressure financially. The blogging challenge is showing me where my comfort zones stand in the way of my online success. Today has felt like I hit the wall as far as blogging was concerned and I woke up feeling very uninspired and in fact pretty depressed. As much as I tried to come up with positive reasons to get up and go I was floundering for most of the day.

I tried most things to defeat this bad mental state but was simply ‘stuck’ and whatever I tried only furthered my frustration. I decided to switch off and take a mental break. I had read a few blogs for ideas and still wasn’t coming up with any. I watched some TV and chilled out putting my mind on other things and trying not to think about what I had to do.

Stuarts daily video kept ringing in my ears and I realized that I too had become addicted to my phone. I looked at it probably every hour – constantly checking emails. I stared into the laptop for several hours each day and I think I had reached my limit. Just looking at the screen made me feel seriously miserable. 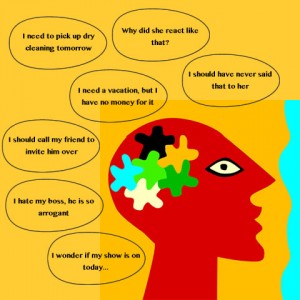 The thing about the internet is that it entertains constantly and you can develop what the Buddhists call ‘monkey mind’. Monkey mind is a state of overwhelm which manifests in being psychologically ‘elsewhere’ for most of the time. You will have noticed people in this state and know it because they can’t sit still or listen for more than a few seconds before they must be distracted by the next ‘entertainment’. Their speech is fast and distracted and they are constantly restless and at ‘dis-ease’. Their minds are full and unable to take on-board any other information with the lists of things floating in their consciousness.

I have found myself in this state a lot, especially when working online. You can build yourself into a frenzy of activity when working on your own which results in becoming more and more detached from the people around you. In Stuart’s video he mentioned how his interactions with people around him changed when he ‘unplugged’. I have experienced this too. When you are busy mentally you tend to shut off from those around you. You feel disconnected from the world and you can further isolate yourself from others.

It is also worth not being so available to others’ via the telephone on a constant basis – another thing Stuart mentioned. This is something I am taking on-board as it is something I do. I sometimes notice my mood dropping after talking to certain people. I can be in a good mood and answer my phone to someone and it can suddenly change my good mood. I have stopped answering calls from withheld numbers and unknown numbers for this very reason as often they can be recorded sales calls which I find particularly annoying. I soon hang up but these calls are interruptions in your day and in your mindset. They can quite easily turn a positive day into a negative one. I have often found myself in a bad mood after trying to refuse a sales call several times, only to be met by more questions like “You’re not interested in saving money??”!

We are so plugged in to our digital devices it is almost a given that we be reachable 24 hours a day via our mobile phones. We are inundated with texts, calls, online messages and posts to read via our Facebook profiles. It gets to a point where there is no more room. We are overwhelmed. We often don’t even realize it until we feel completely detached from the world. If, like me you have felt like this it might be partly because of the amount of time you spend in front of the screen.

I for one will be consciously taking time away from the laptop and becoming more aware of how much of my life I spend in front of it and checking my emails and messages.

One Reply to “Regular breaks boost productivity by 1000%”