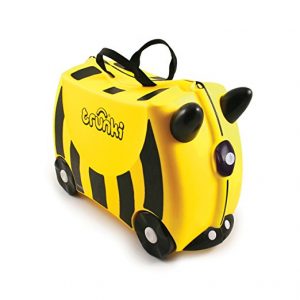 Bernard D. Sadow saw an opportunity for innovation when he saw a trolley carrying suitcases at the airport. Until then everyone carried their suitcases. He innovated the suitcase with wheels. Rob Law saw a similar opportunity when he noticed children travelling with their parents and saw the possibility for a children’s suitcase which they could sit on. The result was he created a suitcase which could be ridden on by children called “Trunki”. It sold over 1.3 million units in 26 countries.

Stuart Ross saw an opportunity to create a company which would help people create successful online businesses. After struggling himself for some time with an online business, and finally learning the best practices, he created a company with co-founder Jay Kubassek which would help bring together tools, technology and a community to help people understand the possibility of working from a laptop and creating a full time income without needing an employer. You can access his business tools and community here.

Jeff Bezos is the founder and creator of Amazon.com. He noticed an opportunity for an internet business after hearing of the rapid growth in internet use. The news coincided with his learning of a Supreme Court Ruling that sales of mail order companies didn’t need to charge tax on sales in states where they didn’t have a physical presence. He also left a well paying job at a New York City hedge fund. In May 2016 he sold just over a million shares in his stock of Amazon.com for $671 million. He currently still owns shares in the company worth an estimated $62 billion.

James Dyson is a great example of someone who found a problem and fixed it with innovation. He was frustrated with the diminishing power of vacuum cleaners once their bags started filling up. As a solution he came up with the idea of cyclonic separation in a cleaner, rather than using the traditional bag, after seeing its use in a saw mill. He developed the idea over 5 years with many prototypes and launched the G-Force cleaner in 1983.

However, no manufacturer or distributor would handle his product in the UK. The market was too invested in the sales it received from the traditional vacuum bag, and it was thought sales of these would suffer. It was first sold in Japan where it won a design award. (The 1991 International design fair prize). He set up his own manufacturing company in 1993 Dyson Limited after failing to sell his invention to the major manufacturers.

The Wright Brothers saw the possibility for flight and are largely credited for the first manned flight of an aircraft. Henry Ford saw the opportunity of the internal combustion engine to create an affordable vehicle, which could be massed produced and was accessible and affordable to everyone. He didn’t create the automobile or the assembly line but used both to create something which changed the world. Thomas Edison is credited with creating the first incandescent light bulb, which we all have in our homes. All of these pioneers of their time received massive criticism and had to overcome massive obstacles to create things which were inconceivable to most people at the time.