Using a money mantra to become rich can help you to alter your subconscious programming of lack, limitation and poverty. If like me you have struggled with money for a long time, despite many efforts to change your situation, you probably have a ‘lack mentality’. That is, you see the world in a certain light – as a struggle, as always being just at the edge of certain failure or financial disaster. Why you see the world and yourself in this light is due to certain limiting beliefs which you have picked up throughout your life and which always limit your successes. You may even have had some successes in life but they are always short lived – your self image simply doesn’t allow your success to grow. 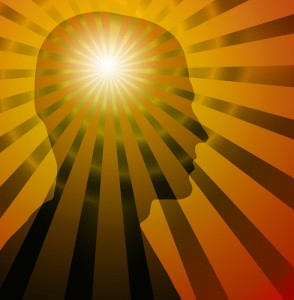 Changing the invisible enemy in your identity

For things to change for you, you must change, not on the outside but on the working mechanics of your manifesting engine – your subconscious mind. Using a money mantra is a great way to start this working in your favor. You may find at first the manta will not sit well. After all, you have been telling yourself the same story for years (probably a mantra about lack). Try to catch yourself thinking about your limits and the lack in your life – you are talking to your unconscious mind and telling it what you would like to manifest – dreaming, in effect, of lack and limitation. 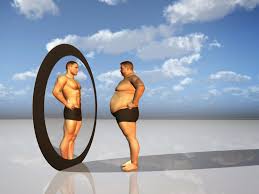 Remember you have been practicing mantras unawares for many years – talking to yourself (and others), as you do, about how you see people, objects and the world. This is what you must change to see any tangible difference. You have trained yourself to see the poor and limited and squalid of life (perhaps). You need to start seeing the rich, abundant and beauty in it instead. Here are a few examples of the ‘mantras’ you have already been using in life to get you where you already are:

“Nothing good ever happens to me”, “Life is always such as struggle”, “I’ll never get anywhere”, “Why is it always so hard”, “When will I get a break?(Poor me!)”, “I’m always broke” etc etc.

If this is you then you need to stop doing this and replace your unconscious ‘mantras’ with a more positive one like the one I am about to share with you. Whenever you start repeating your ‘poor me life’s so hard’ mantras, stop and repeat this one in its place. Say it a hundred times a day out loud, when driving in your car and whenever you can. It is to become your new ‘go to’ mantra.

By saying it repeatedly daily you are embedding the belief into your subconscious mind and your subconscious will begin to look for ways to accomplish is and make it true for you. Don’t worry if it isn’t true at the moment but just keep on using it – despite your conscious resistance to it. Remember that it is this resistance which creates your lack. Do this for a least 30 days and at least 100 times a day before expecting to see any changes. The longer you persist, the more real this will become for you.

Mantra To Get Money

One of the reasons people fail to reach their potential is that they stop trying once they reach a certain level of success. They exist between failure and survival because they lose motivation when things start going alright for them – and take it easy. Only when they dip towards failure do they start to be motivated. This is fear motivation as opposed to success motivation – or an away from motivation instead of a towards motivation. (Read The Slight Edge by Jeff Olson for more on this topic.)

Mantra To Get Money

Your unconscious program is a multitude of habits in your subconscious mind. Only by changing your paradigm (your programming/set of controlling beliefs) can you change your life. How is your paradigm created – through repetition of information.

Use this mantra repeatedly for as long as it takes to change your paradigm. If you dismiss this after only a few days you will go back to your old paradigm – repeating your old habits and beliefs. How much do your want change?

Here is the money mantra to become rich. You can see Bob Proctor in the video below explaining what a paradigm is and using this very mantra to change unconscious belief.

“I am so happy and grateful now, money comes to me, in increasing amounts through multiple sources.”