Millionaire entrepreneurs are usually very self motivated and disciplined. Millionaires don’t get there by chance – unless they have inherited their millions. They don’t arrive at a million overnight either. It takes decades of focus and intention. You can learn a lot by studying entrepreneurs who have trodden the path to becoming millionaires. Many of them also are avid readers. You can read about many of their attributes and habits here: entrepreneur development ebook free download. 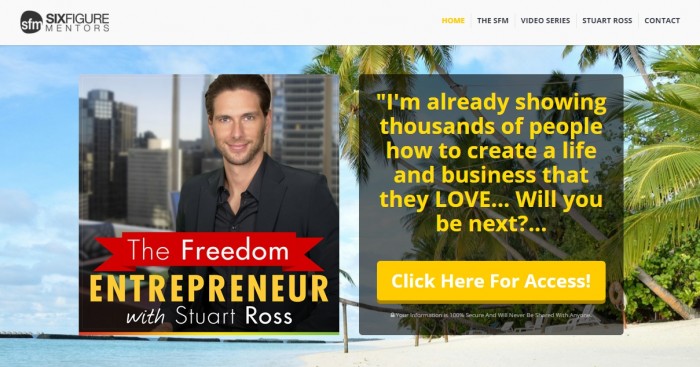 Millionaire entrepreneurs have goals. You can’t hit something without first aiming at it. Millionaire entrepreneurs regularly set and achieve goals. Having a clear path towards what you want to achieve makes it an easier process to follow. Good goals have action steps for long term and short term time frames. Get a great book on goal setting here: how to get lots of money for anything fast.

A laptop millionaire is a recent term to describe many online entrepreneurs who have succeeded with millionaire business online. Two such entrepreneurs are Stuart Ross and Jay Kubassek who founded The Six Figure Mentors – An online education platform to help others achieve a ‘laptop lifestyle’. Here’s a picture of me with Jay at a London seminar. 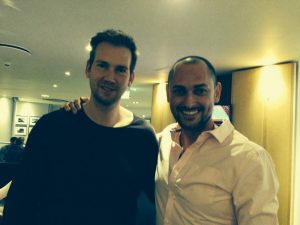 You can watch Stuart Ross explain how he was able to go full time online after his online business income started exceeding his full time job. Watch the video here.

Millionaire entrepreneurs often dropped out of college to focus on their entrepreneurial life. While higher education usually means a larger pay check, the following examples buck the trend.

Bill Gates: Founder of Microsoft dropped out of Harvard to focus on the computer company. He is now estimated to be the richest man in the world.

Oprah Winfrey left University to pursue a career in the media.

Michael Dell droped out at 19 to focus on his computer business – according to Forbes.

Steve Jobs dropped out of Reed College and worked as a video game designer for Atari. The Apple 1 was released in 1976.

Michael Dunlop is a millionaire blogger who dropped out of  high school. He owns incomediary, retireat21 and pop-up denomination.

How to Become A Multimillionaire 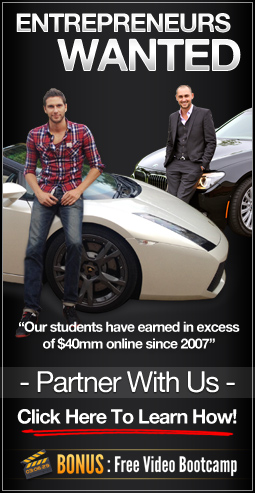 Bill Gates is a estimated by Forbes magazine to be the richest man in the world with a net worth of $75 Billion which he earned from Microsoft. The following at the next of the top 10 richest millionaires according to Forbes: source:

2. Amancio Ortega Net Worth: $67 B Source of wealth: Zara

3. Warren Buffett Net Worth: $60.8 B Source of wealth: Berkshire Hathaway

4. Carlos Slim Helu Net Worth: $50 B Source of wealth: telecom

6. Mark Zuckerberg Net Worth: $44.6 B Source of wealth: Facebook

8. Michael Bloomberg Net Worth: $40 B Source of wealth: Bloomberg LP

9. Charles Koch Net Worth: $39.6 B Source of wealth: diversified

Many millionaire entrepreneurs are ecommerce millionaires. Ecommerce millionaires have grown in number recently due to the ability to reach a global audience through internet marketing. By selling a product online which is available worldwide, anyone can now sell internationally and scale their online business through online marketing. Learn how this is possible and how to build your own online business from scratch here.