Are you looking for Jim Rohn PDF files?

Knowledge isn’t power without application. Learn how to put the Jim Rohn’s teaching into action. Access a proven online business model which is changing people’s lives around the globe.

Learn how to build a flexible (and scalable) online business here.

Emanuel James “Jim” Rohn was an American entrepreneur, author and motivational speaker who was born on September 17, 1930 and died on December 5, 2009. Jim Rohn was a motivational speaker and author in the 1970’s and is credited for mentoring well known writers and speakers such as Tony Robbins and Jack Canfield. He also mentored the founder of Herbalife International Mark R. Hughes. 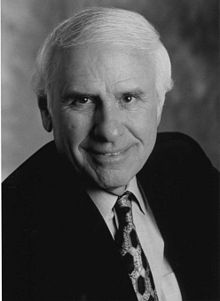 You can download “Professional Development Coaching For Your Success by Jim Rohn here.

Some of Jim Rohn’s famous quotes:

“Never wish life were easier, wish that you were better.”

“If you don’t design your own life plan, chances are you’ll fall into someone else’s plan.
And guess what they have planned for you? Not much.”

Jim Rohn’s formula for successful investing is to live on just 70% of your income. With the remaining 30% you use 10% for passive investing, that is you give it to someone to invest for you. This could be things like stocks, mutual funds and other investments. 10% you invest yourself either for your own business or as a rainy day fund in savings. The remaining 10% you give to charity or some other worthy cause.
The ‘tithing’ effect of giving away like this has a great power and is used by many wealthy people early on in their lives. Giving something away has power. Holding on stagnates growth and reminds us there isn’t enough. Giving away creates room for more receiving and helps us to trust that we are capable of creating more.
“The universe is bountiful and there is plenty for all” or “there isn’t enough to go around” are two opposite beliefs. You can’t hold them both simultaneously in your mind. One lets us give freely and the other makes us want to hold on to what we have, in fear of never having enough, or some other such limiting belief.

Another great principle which Jim Rohn cite’s for a successful life is to pay yourself first. Spending what you have and saving the remainder is a big mistake. Most people do this. Often there isn’t anything left over and so nothing gets saved. Over the years of your life you allow thousands to slip through your hands. By paying yourself first you take advantage of the compounding principle. Each month set up a standing order which pays 10% of your earning straight into a savings account, this happens automatically and so you soon get used to living on the lesser amount. Over time this saving grows and the compounding effect means you earn interest on it at a larger rate every year.