So what are the best flexible jobs for actors? Actors need flexibility. One day they are sitting on the couch watching  Jerry Springer, the next day they might have a casting, or even an actual acting job!

Most employers are kind of inflexible when it comes to taking a last minute day, week or month off! You might get away with a couple of ‘sick days’ but as they become more and more common, your boss is likely to get a little annoyed and show you the door!

I spent a lot of years finding this out as I attempted to juggle between regular income and a career in the film industry as a stunt performer. It’s no easy task! I often wondered what were the best flexible jobs for actors and stunt performers.

Here are a few of the jobs which I attempted to hold down along side a career in the film industry.

I also used my stunt training to land a few jobs part time:

After a while of trying to juggle jobs as an employee I decided I had had enough of trying to do this. No-one was really flexible enough for my needs and ultimately there was a conflict of interests. Also, in the most flexible jobs there was no opportunity for growth or a ‘career’ outside of the film industry – which was becoming a growing possibility.

What are the best flexible jobs for actors, or for anyone who needs a flexible job for that matter?The answer, I decided was an internet based job or business. I attempted various internet based jobs which could be done from a laptop. I even tried Forex marketing for two years after getting hold of a course. However I just didn’t have the capital needed (or the discipline) to make it work for me.

I looked initially to e-bay but after a while decided affiliate marketing was the best model. Affiliate marketing ticked all the boxes for a low cost start up business which allowed complete flexibility. It also had a few other things going for it:

The best jobs for actors are the ones which can be picked up and dropped whenever needed. If you can be your own boss that’s a massive plus point too. However, building an internet business takes time and work before you can see the benefits which makes it quite a specific answer to the problem. Sometimes the low paid casual job is the answer but there’s no reason not to start an internet based business as well. For me it was an ‘insurance’ policy or ‘sub’ career which I could work on in my spare time. 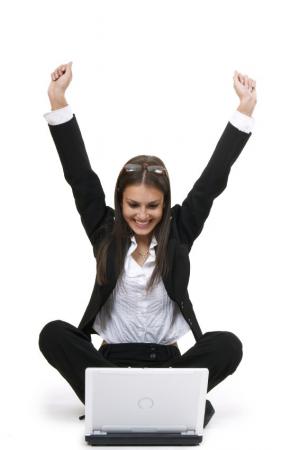 Low Paid Jobs Nobody Else Wants

Flexible jobs for actors include the low paid jobs nobody else wants! And these are great to pick up and drop as you need to. Joining a temping agency is another way to find jobs like these. However, if you are wanting something more substantial and have grown tired of having to do these kinds of jobs for far too long, I suggest the internet offers the perfect solution for  the best flexible jobs for actors.

Learn How To Do Affiliate Marketing

I spent years learning how affiliate marketing works and wasted a lot of time doing things which were unimportant and unnecessary. I tried various systems, products and methods before finding something which works with the help of my internet marketing mentors Stuart and Jay who run an online community helping people to build their own online businesses. You can learn more and join their community here.