There are alternatives to desk jobs. I never wanted a desk job, although I found myself in one several times. It was better than some of the other jobs I have had. Bin man, warehouse operative, waiter, lifeguard were just a few. When I did get a desk job it was really quite exciting.

I could just sit at a desk inputing numbers. The excitement lasted about a week! Then I knew I had to get out. It was a repressive environment. Each desk job I had further colaborated the evidence. The powers that be entrenched their work mentality into me more each time I returned. I slowly began to lose the will to make a living! I wanted to be free of all that ‘must never have a day off’ mentality. The mentality of some of my bosses was such that you had to be dead to have a legitimate day off! It wasn’t for me.

When I started looking under moving buses for an escape route I knew I had to get out!

I did have an escape route. I had a couple actually. I had a couple of ‘hobby jobs’ which I had worked hard at. They just hadn’t come to fruition at this point so I was still struggling financially. One was being a stuntman, the other was a martial arts instructor. I now do both of these jobs part time. It didn’t start like this though and it has been a long time coming. A lot of years of struggle and indecision got in the way! Plus, there’s not a great deal of job security in either one. As such I continued looking for alternatives to desk jobs!

An Internet Based Business

My other interest was in an internet based business. Again, this started off as a hobby job really. I was always ‘in between’ jobs so always had some kind of alternative lined up, no matter how bizzare! I tried ebay and actually did pretty well with a buying and selling strategy which I share in my article how to start a profitable ebay business.

I also studied day trading for a couple of years but eventually threw in the towel. During my ebay years I looked for something more sustainable and which was less time heavy. I later came to learn affiliate marketing. It was the idea of selling a digital download product which led me to study this model. 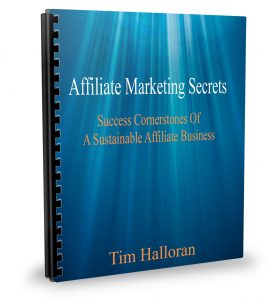 Information products fascinated me because of the simplicity of the sales model. You could sell them over the internet automatically. It was like an online vending machine business. Once set up you could sell things on autopilot without actucally being there. This seemed like one of the perfect alternatives to desk jobs! Simply set up an online vending machine and sell on autopilot. I was about to learn that it wasn’t going to be so simple!

While learning this I was ofter out of work, in between stunt jobs and struggling to get my martial arts classes up and running. I trained for my HGV licence with some money I had earned from a film. I thought being an HGV driver would be a great supplemental income for the gaps in between jobs. You can pick up work through agencies and work when you like. Some employers wanted more experienced drivers and this was a bit of a set back. I persevered though and got several jobs delivering goods around my local area.

As part of training to be a stunt performer I had to gain work as a TV Extra for several years. Do a simple Google search for ‘Extras agencies’ to learn more or get the Actors and Performers Yearbook book from Amazon. This led to a few jobs. I had to get an agent in order to find extras work. My agent later got me some work as a stand-in. Stand-ins work on set doubling for actors.

They basically ‘stand in’ the actor’s place while the lights and camera are being set up. I also worked as an AD – assistant to the director or ‘runner’ in this role. From a TV show called Casanova (starring David Tennant) I worked as a stand-in, runner, driver and stuntman. I even branched out into some photography work after chatting to other extras on TV shows about it.

So you can see there are alternatives to desk jobs. Of course a lot of these kinds of jobs are very unstable and don’t offer a good enough income for many people, especially if they have a family to supoprt. The constant changing around always left me pretty broke and directionless. It wasn’t until I found the right internet business model that things really began to change.

The internet business didn’t get going straight away. In fact I struggled for years with it, trying all kind of different strategies. I followed several ‘gurus’ too all promising a life of freedom and financial stability. In most cases I was disappointed. Perhaps my expectations were too high. What I later realised was that I didn’t have the education and support I needed with an online business.

An online business seemed to tick all the boxes for me. I could work when and where I wanted and around other work as it came in. The difficulty with stunt work was juggling other jobs around it. No employer wanted someone so flaky that they would leave for a week at the drop of a hat. An online business allowed this freedom and flexibility. I could work on it in-between jobs. The flexibility lets you to build it up around existing work.

An online business also allows you to use leverage and the internet to generate income, rather than just trading time for money. By using tools, online products and advertising, you can promote products and services around the internet without even having to own the products yourself or deliver them. This business model gives you ultimate freedom and flexibility and lets you work from anywhere from a laptop. As your business becomes profitable, it also allows you to scale up. This is something which can’t be done when you trade time for money. You are always ‘stuck’ in the system of trading time.

You can access the training, tools and products to build your own online business system from scratch here. Access a free video series to get started.