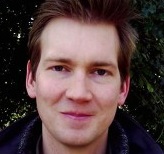 Hi, my name’s Tim Halloran and I have been studying online affiliate

marketing for over 10 years. I started my online enterprises around 10 years ago with the online auction site ebay and I bought and sold items from

charity shops and sold them for profit. Initially I started by selling items from my house and then sold charity
shop items -since I enjoyed browsing charity shops for bargains. See my article on how to start a profitable ebay business and the method I used.

I was working in the film industry and wasn’t getting enough work so I needed another income. Ebay seemed to fit
in and around the film work and I could drop it when work cropped up.

After a while of ebaying and trying several buying and selling methods I
decided it wasn’t worth the time and effort I was putting in. I had a house full of stuff – some of which just
wouldn’t sell and I was spending all my time scouring ebay for bargains and re-listing them. I was always finding stuff in charity shops and standing in post office queues waiting to weigh my items. In terms of time versus money I was playing a losing game!

There Had To Be A Better Business Model

I knew there had to be a better business model so I researched internet businesses for
several years trying one system after another. I was convinced that affiliate marketing offered the best business model – allowing a flexibility of lifestyle with continuous ‘hands-off’ sales. I bought several systems promising the earth and was often disappointed with the occasional short term success but without any real sustainability.

One of the biggest ‘struggles’ to making a living from the internet was the fact that mostly I was ‘doing it alone’ and many people who I confided in were dismissive of it as a waste of time – they didn’t believe it was possible. I was often demoralized by this and would lose my focus in implementing ideas and strategies that, at my best, I knew were feasible as a business model, career path and ultimately a lifestyle business offering time and financial freedom. 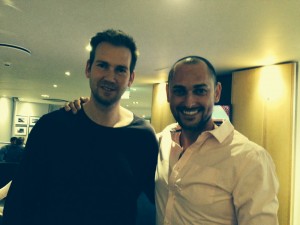 Despite these emotional and mental setbacks I persevered with the online business strategies and built several websites on the back of the information I had picked up from some online courses. There were several differing strategies to online business and marketing and for a while I decided that ranking a site on or near the top of the Google search engine was the way to go.

This way I would get free traffic to my sites and any money I could make after this was pure profit. I placed affiliate banners on my sites to promote products but the main problem I had was in getting people to my websites. Traffic was the number one issue. I would spend hours, days and eventually years doing this over and over – building sites, writing articles and linking back to them.

I have a few of these sites today which do make a trickle income from affiliate marketing and some from the Google adsense program.

However it wasn’t until I found the SFM that I really opened my eyes to the full picture of income from the internet. I had been spending a lot of time doing things which were perpetuating my situation – things which produced the least amount of results. The results I wanted was ultimately income but I also wanted to provide something of value and service. I wanted to help others on this same path. It seemed almost meaningless to only achieve it for myself.

When I first saw a video of Stuart Ross he was living the lifestyle I was trying to create but I was ‘stuck’ in the process of ‘trying’. Stuart and Jay taught in their course not only the nuts and bolts of the business itself but also of consciously stepping out of our ‘worker’ mentality and purposefully “creating” in our minds the exact ‘lifestyle’ we would ultimately like to achieve. The whole concept is about freeing ourselves from the 9-5 mentality for me, and yet I was working almost continuously at one point and allowing it to completely take over my life to the exclusion of my personal life, family and friends. 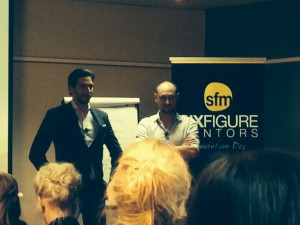 Stepping back and seeing the wider picture made me more conscious of my habits of behavior and I realised that this was standing in the way of my own success. I began again and decided I really didn’t know what I was doing- I would become humble again like a beginner and trust these guys – which was hard for me! I listened and implemented the ideas suggested in the course despite any (internal) resistance which I knew I was coming up against. It was all ‘stuff’ which was in me – my limiting beliefs and ideas about myself and money and what I thought I knew about making money online and what I thought I was worth.

The irony of the situation was that my limiting beliefs regarding my income/potential income prevented me from stepping out of my comfort zone and purchasing the material recommended in the course. The very material which would ultimately help me to change these limiting beliefs about myself and my earning potential!

The first thing I noticed when I first saw Stuart Ross’s video was that here is someone I trusted. I didn’t know why but he seemed genuine – he over delivered. After signing up for the basic membership of the company for about $30 I was amazed at the value offered once inside. People were actually getting in touch with me! It wasn’t just a host of spammy emails and no-one at the other end, but genuine people who were actually there to help me succeed.

To learn more about the SFM sign up to the free video series which explains the system and how to get started.